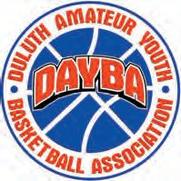 Border Battle 2021
Players selected.
Games Canceled.
We are sad to have to cancel the 2021 Border Battle High School All-Star Games. Though the pandemic situation was improving, we were unable to positively secure an adequate gym to hold the games. Another problem was the different sports schedules each state had and the fact that Wisconsin high school basketball was done 5-8 weeks before Minnesota. We named players for the four all-star teams because we thought it was important to honor this year's players who have had to put up with so much disruption from COVID-19. Their selections were based on input from referees, coaches, and others who were able to attend games, as well as using statistics. We did our best to pick the teams.

Two youth basketball programs, Salvation Army RBA and DAYBA celebrate building skills. The two groups, the former, a program of the Salvation Army and the latter, formed by parents in the early 1990s once competed for some of the same kids explained their directors, Kris Mallett and Erik Lofald. RBA once was for grades 1-4 at the same time that DAYBA served grades 3-6. During the past seven years, as Mallett and Lofald took leadership roles and worked together, the RBA has served kindergarten through fourth grade, and DAYBA has served grades 5-8. On March 11, 2019 they announced the two programs will merge under Mallett's direction.

We strive to promote high-quality basketball opportunities for Duluth-area basketball players. In doing so, we hope the players learn the core values of teamwork, accountability, hard work, and perseverance.